“We are proud to partner with Epicor as the company evolves with new technology, but sticks to its core fundamentals as it expands.”

Epicor announces partnership with father-son golf duo Bob and Kevin Tway, one of only ten father-son pairs to have won PGA TOUR events 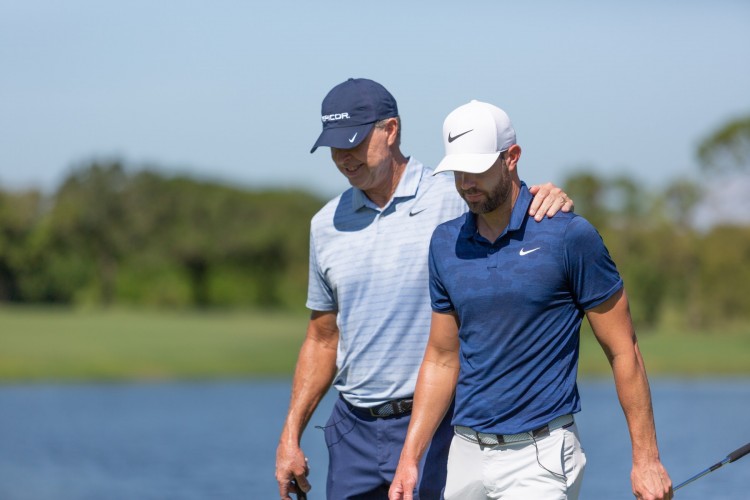 The partnership between Epicor and the Tways is built upon the shared belief that the fusion of technology and fundamentals is a key to success. At Epicor, digital transformation isn't just about implementing new technology, it’s about applying new tools to business fundamentals and core values, which serve as the guiding light when tackling a complex, fast-changing business landscape. The world’s best family businesses know this and it’s what allows them to pass down their legacy and grow over the years. That is why Bob and Kevin Tway’s family business of professional golf has been successful. By sharing hands-on fundamentals of the game, Bob has guided Kevin to use the fast-changing technology of golf to its greatest potential.

As a part of the partnership, Bob and Kevin Tway will be featured in marketing content globally as Epicor ambassadors. The Tways are excited to support Epicor through its next phase of growth.

“As technology impacts the future of golf, implementing the fundamentals of the game that preserve the legacy of the sport will ultimately bring the most success,” said Bob Tway. “We are proud to partner with Epicor as the company evolves with new technology, but sticks to its core fundamentals as it expands.”

This announcement comes during the week of the PGA TOUR’s Safeway Open, where Kevin Tway looks to defend his maiden victory on the PGA TOUR. Kevin’s victory at the 2018 event cemented his status as one of the game’s elite rising stars. A consistent force on TOUR, Kevin has recorded six top-25 finishes in each of the past three seasons and eight top-10s over that span.

“I’m thrilled that Epicor is partnering with the Tways—we are all deeply passionate about what we do, have decades of experience, and are experts in our fields,” said Epicor CEO Steve Murphy. “Just as important, both Epicor and the Tways prioritize keeping a mindset grounded in our roots. For Epicor, this means that while we are at the forefront of technology, we don’t operate from an ivory tower. We continue to emphasize the importance of business essentials and staying connected to our customers so that we are better able to serve them.”

Epicor Software Corporation drives business growth. We provide flexible, industry-specific software designed to fit the precise needs of our manufacturing, distribution, retail, and service industry customers. More than 45 years of experience with our customers’ unique business processes and operational requirements are built into every solution―in the cloud or on premises. With this deep understanding of your industry, Epicor solutions dramatically improve performance and profitability while easing complexity so you can focus on growth. For more information, connect with Epicor or visit www.epicor.com.